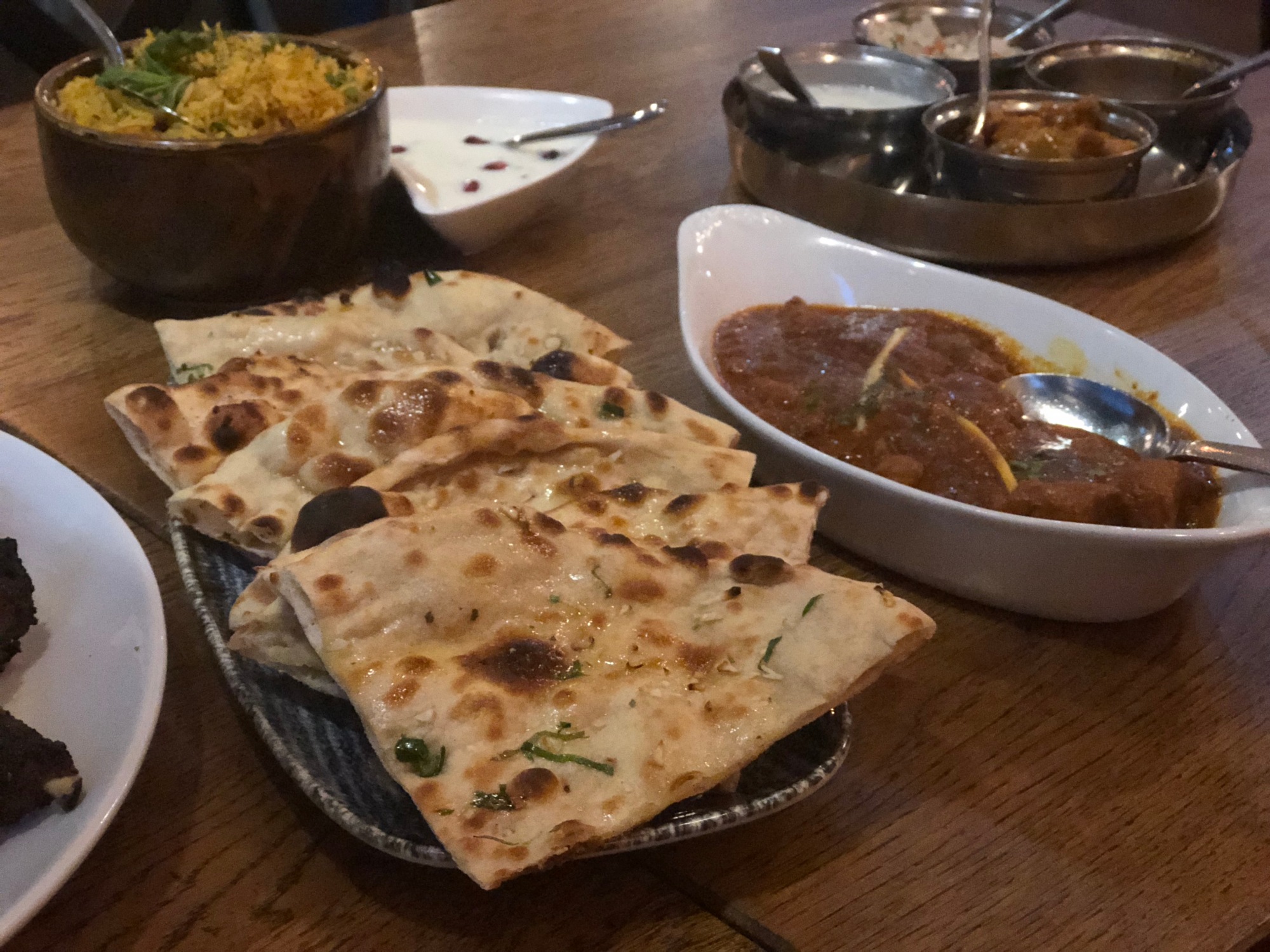 Note: No pork served on the menu. Alcohol is served here. Verbal assurance all meat is halal, however not sure as to the method of slaughter of meat used. We were invited to review this restaurant.

We were invited to review ZeeZain Restaurant following its opening just a few weeks prior, so after work one Thursday, ShakerFries and I undertook the trek to South Kensington. I say trek because anything outside the vicinity of East London always seems so far away! Anyway, I digress. We arrived to ZeeZain at 6.30pm exactly. The restaurant was empty bar one couple. The decor was simplistic yet sheek. We could tell that this Indian dining experience would be far removed from what we were used to in the depths of Whitechapel in the East End, which wasn’t necessarily a bad thing.

The waiters were incredibly warm and courteous, allowing us to select our seat, and immediately showed us the menu. After a quick glance, it all made sense and was exactly what we would expect to find on a menu at a normal Indian restaurant, as opposed to the whacky and weird combo’s that upmarket Indian eateries In Central London try to create. At least this way, we didn’t need to spend tons of time trying to de-cypher the dish names into their actual meaning.

To start, we ordered chilli garlic prawns and a mixed grill platter. The starters arrived promptly and the prawns were fresh and peppery, however, personally they could have done with a bit of a kick to spice them up, as it felt like it was more on the oriental side as opposed to Indian. The mix grill contained a couple of pieces of paneer tikka which was soft and mild in flavour, chicken tikka which was extremely tender and juicy, chops which were charcoaled with a smokey taste, but slightly overcooked. The platter also included some seek kebab which I enjoyed as it was aromatic and tender. Overall, the mix grill was nice, and certainly satisfied the craving – again personally, I would have liked the food to be a little spicier, with a bit more of a punch of flavour.

The mains is where Zee Zain really delivered on expectations. Having ordered some butter naan to go with the ‘lamb curry – Indian Railway Special’ – I finally found myself in heaven. The curry was flavoursome, had the right level of spice, and had soft, tender lamb that we really enjoyed breaking into and mopping up with the soft but crunchy, hot naan; it really gave the authentic taste I look for in a curry dish and I savoured every mouthful, so much so that despite never really being able to finish dishes, this was completely gone. I would re-order this without any hesitation next time around. In addition, we went for the chicken biriyani. This was presented well and came with raita but again the spice level was such that raita wasn’t needed for us in a ‘put the fire out’ kind of capacity.  Normally we always order biriyani with lamb rather than chicken but given the curry was lamb we felt obliged to try the chicken version. To be fair, the chicken was nice and tender, you could tell the meat all around was of a high quality, but overall it left me thinking that by applying the level of spice which was in the curry to all their other dishes, Zee Zain would certainly be onto a winner. 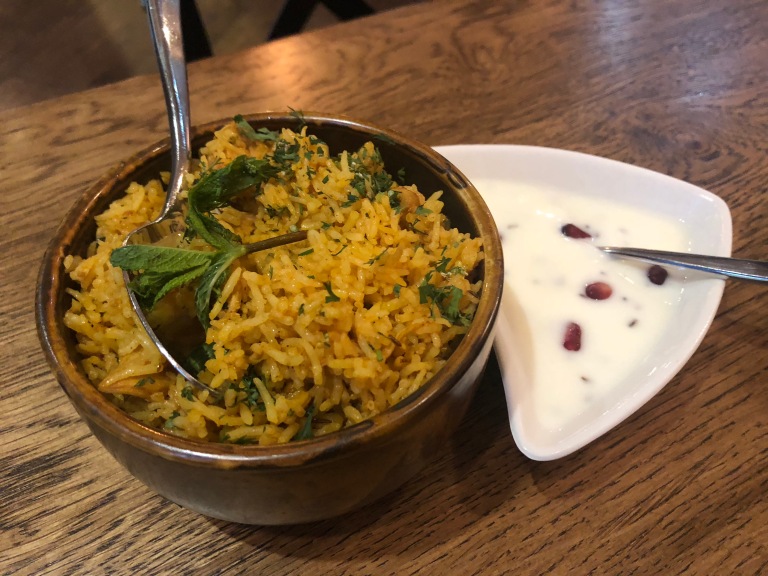 Finally, although we were full, we were presented with a sweetener at the end in the form of a mango kulfi which was nice and creamy, and which really rounded off the meal nicely.

As mentioned, we were invited to review the place, but looking at the menu prices, it isn’t too far away from what you would expect to pay in South Kensington, as the overall bill would have amounted to around £75 in total, which reflects the high end prices of the location. A chat with the waiter led me to find out that the chefs are Nepalese, that they hand grind all spices, and that all their dishes include fresh ingredients. I would say overall the service was incredibly warm and hospitable, and that the food was fragrant, although could do with more an injection of spice and flavour. Given that ZeeZain is newly opened, we appreciate that sometimes the finer details take time to iron out, and we are confident that with time these flavours will start to be perfected. Nonetheless, I certainly would consider this as an option to dine in, although the likelihood is I would stick mainly to chicken tikka to start, the curry and naan. This would be sufficient to satisfy hunger and leave you feeling content in a way only Indian food can. You know a curry is decent when whilst writing about it, you have the urge to eat it again.