NOTE: All meat served is halal (verbal assurance) and no alcohol is served

On a recent Friday evening,  we were kindly invited to Meat & Shake to sample their infamous southern barbecue menu. Fresh from work, Mrs plug and I embarked upon the 1.5 hour journey in rush hour across London to Tooting with the promise of meat overload – and we weren’t disappointed.

We arrived to a busy, vibrant and bright restaurant decked out in an American outback style with an exposed brick wall and wooden bench tables. Looking around, there were a mix of people from families and young couples, to friendship groups of all ages. A quick peek at the menu told us that we were going to be spoilt for choice at the variety of options.

A chat with the owner Osama soon resulted in me removing the challenge and placing it firmly in his hands by giving free reign on what was about to be served. Luckily, both Mrs Plug and I had starved ourselves all day in preparation. We were advised to pick a mocktail and milkshake to try hence we opted for the Lemon & Lime punch – which included honey, pinch of salt and soda water. We were very happy with what we received, as it was really refreshing, yet sour enough to cleanse the pallet. Meanwhile, Mrs plug went for the peanut butter, brownie & banana milkshake (well, it was Friday). The really cool thing about the menu for milkshakes at Meat & Shake is basically the range of milkshakes on offer. Normally you get your plain flavours and then a chocolate bar option in most places, but having a list of premium shakes where all the flavours looked good was something you don’t always see – Next time I will definitely be making my way through some of the other options such as salted caramel, apple pie, or fig and cinnamon. 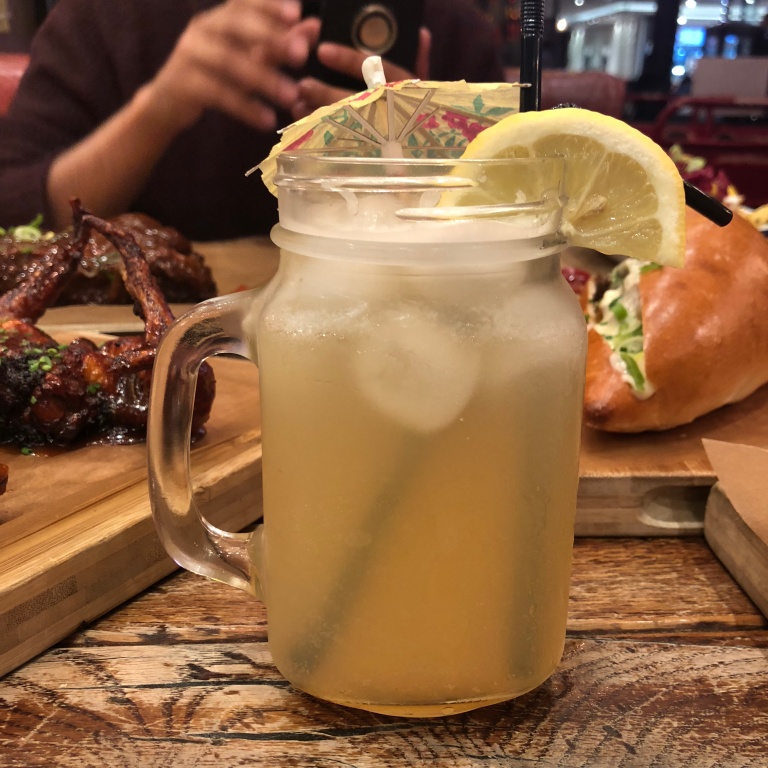 Soon after, we received some chicken wings on a wooden block, which contained a mix of both barbecue and buffalo flavours. In the first instance, they looked a good size. In all honesty, it isn’t unusual to see chicken wings on a menu at these types of places and therefore it wasn’t something I was excited about. However, this soon changed when I tucked into the wings. If you are a barbecue lover, you will like the sauce. We are totally in the buffalo camp and we were both really happy with the buffalo sauce, hint of franks but the tangy spicy nature of the overall left us salivating for more. The taste was good enough to make us feel like we were winning – but the actual chicken quality was what set this place apart from your run of the mill options scattered around London. Normally, with chicken wings, we often find dark bloody bits on the meat or bone, the bone crumbles, and the chicken is tough/rubbery or with excessive skin. No hint of any of these gripes with Meat & Shake wings, which left us feeling clean, healthy and guilt free – I wouldn’t hesitate in re-ordering next time thats for sure.

We were then presented with a number of main items which looked amazing on the eye but worrying for our waistlines and space in our bellies:

Philly Cheesesteak sandwich – *AMAZING* – defo my favourite part of the meal, the bavette steak flash grilled with onions within it was tasty, tender and delicious. The melted cheese as the combo went together perfectly, and the peppers added further flavour. However, the bun was on a whole other level and something I won’t forget. I didn’t read the menu beforehand but I took a bite and loved it’s softness – at first I thought it was a brioche bun just in a hot dog bun-shape but according to the menu, it is a Meat and Shake special recipe cuban bread. The menu calls it unique and they could not be more right!

Burger – Cool Joe, Mean Joe, Killer Joe – Again, before it arrived I had limited expectations of this being significantly better than anywhere else, despite it having won Burger of the Year (2017). On the face of it – beef and lamb, topped with bbq ground beef, smoked cheese, chipotle mayo with lettuce and tomato reads like a bit OTT. However, upon arrival and a taste, the burger tasted nice, but surprisingly, despite a lot of meat and the assumption it would be a big disgustingly dirty slobby burger just didn’t happen. I happily ate half the burger (split with Mrs plug) and with each bite there was no sickling feeling of guilt. My only critcism is that it could have done with an added punch of flavour. I loved the chipotle mayo though, and despite not being a fan of ground beef (like keema on top of the burger) I found it tasted nice. Don’t get me wrong, you can’t start replacing this with your 5 a day – but it was just refreshing to to eat good quality clean meat with great taste and not feeling like an unconscious slob after.

Brisket – Less to say on this apart from the key points anyone would look for – melt in your mouth soft, tender, tasty and big! Couldn’t finish but only because there was so much other food – had BBQ sauce on but could easily request it without if preferred. 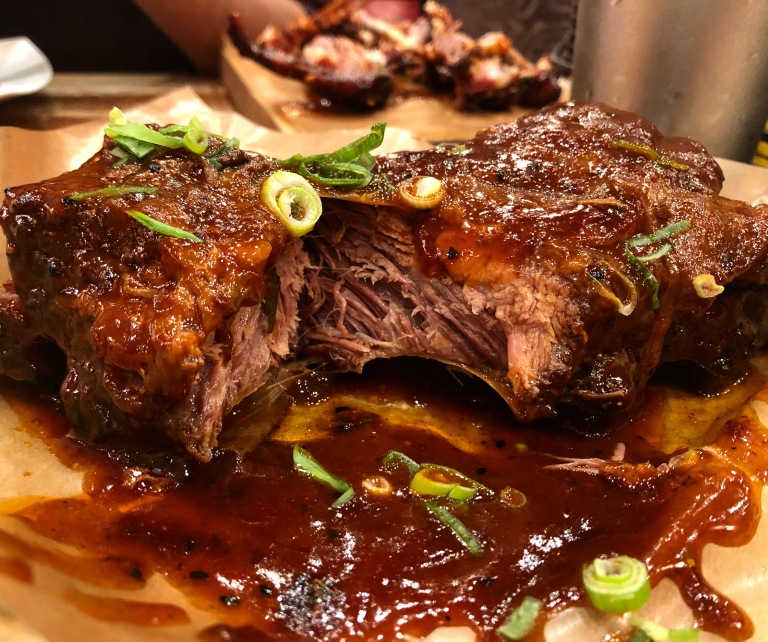 Overall, I would suggest Meat & Shake was worth the long distance. Although on the face it may seem like a DJ Khalid place (another one!), the wings, cheesesteak, brisket, and milkshakes clearly set this apart from your standard American diner, and the service is excellent.